This was supposedly to be punishing China for passing the national security law for Hong Kong on 30 June, which the US accused of threatening freedoms.  This despite the fact that similar laws exist in the US and most other countries to safeguard national security.

It would appear that this is yet another ploy by US President Donald Trump to divert attention from his sagging poll numbers as the presidential election looms.

Perhaps what is most disturbing is that the US government has gone so far as to violate the privacy rights of the sanctioned individuals by disclosing such personal information as their Hong Kong identification card number, passport number, date of birth, home address on the US Department of Treasury’s website (See picture below).

Symbolic sanctions with no impact!

The sanctions are, at best, symbolic and, at worst, mean and unsubstantiated.

The sanctions freeze all US-based assets or entities owned by the 11 officials. Americans and businesses are also prohibited from doing transactions with them.  This is a move usually applied to countries or businesses, but seldom to individuals.

Despite this, they will  have minimal impact on  the named officials.  Chief Executive Carrie Lam publicly stated that she has no assets in the US and this is likely true for the other named  officials.  These officials have been Hong Kong civil servants since the pre-1997 colonial years and probably have stronger links with the UK instead of the US.  As civil servants, they usually do not own businesses.

Needless to say, the sanctions likely have no impact on listed senior Chinese officials as well.  Luo Huining, director of China’s liaison office in Hong Kong whose name is on Trump’s sanction list, mockingly said “isn’t such a ‘sanction’ in vain as I don’t have any assets abroad?”

US violates the officials’ human rights

What shocked the world is the fact that the US has even posted the personal information of the sanctioned officials online, clearly infringing on their human rights to privacy. Ironically, the US move has violated the American Convention on Human Rights (http://www.oas.org/dil/treaties_B-32_American_Convention_on_Human_Rights.htm), an international convention that it signed in 1977. Under Article 11 of the convention, the US has already obligated itself to protect a person’s right to privacy.

Embarrassingly, some of the personal information posted by the Treasury is either incomplete or even outdated. For some Hong Kong officials, the Hong Kong identification card number and passport numbers were missing.

The most amusing mistake is that the listed residential address of Chief Executive Carrie Lam is incorrect – it was her previous address when she was Chief Secretary for Administration. Nice try.

From a macro perspective, the sanctions on the officials are just part of the ‘China Card’ played by Trump for the upcoming presidential election.

It’s a card that Trump has resorted to time and again to distract and confuse Americans. Trump has displayed a habit of making wild  accusations against different countries, businesses and individuals all without a shred of evidence or logic.

His frequent accusations against China over the Covid-19 epidemic are a good example. He continues to call it the “China virus” despite facts to the contrary. Yet he has done nothing to protect the American citizens – the number of people infected by the virus in the US alone has exceeded 5 million – the highest in the world.

His paranoia has even extended to Chinese-owned apps TikTok and WeChat. Last Thursday (6 August) he issued two executive orders to shut down the apps in 45 days if they are not sold by Chinese parent companies to US companies.

One of the reasons given by Donald Trump for banning TikTok and WeChat is to protect the “personal information” of Americans from falling into the hands of the Chinese Communist Party. How ironic! 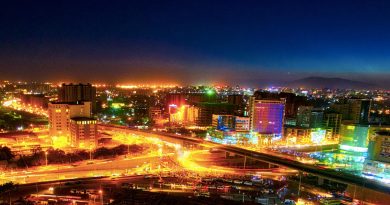 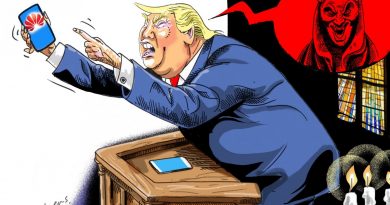