“Kong Tsung-gan” has fled Hong Kong because of “threats”, he admits in a post on HKFreePress just now, 1pm Monday 08/10. “They reached the point where I decided it was best to leave Hong Kong,” he writes. No details or evidence about the “threats” is provided.

This story disappeared the last time I wrote it:

In December last year, I had a secret meeting with local Hong Kong people who were upset that one of the most widely quoted “Hong Kong Chinese” voices calling for sanctions on our community in the international media was really “a white American guy” in yellow face.

His voice was everywhere – not just in the English media, from the New York Times to CNN to the Guardian, but in European media like France24 and Deutsch Welle.

The man who called himself Kong Tsung-gan was also a leading voice at the rabidly pro-protester website Hong Kong Free Press, which highlighted his articles and distributed his self-published books to people who donated money.

Kong was also an active presence at the protests, reporting live on Twitter to 32,000 followers. He called on the US to hit Hong Kong with economic sanctions and requested cash for the 612 fund which paid lawyers of radical protesters charged with rioting, assault, vandalism and arson.

Wasn’t who he seemed

But he wasn’t who he seemed. Kong was a white male teacher and activist from the United States. He’d run a “human rights club” at Chinese International School before parting company with the school in unclear circumstances.

The next day, I got various mutual friends (including Tom Grundy, editor of the Hong Kong Free Press) to send the man in question my contact details with a request that he contact me. He chose not to.

The ethical position? You can use a pen name and state it as such, or your column can have a name (think of FT’s Lex, the Standard’s Mary Ma, the Dear Abby syndicated columns, my Lai See column and so on). But actually deceiving readers is considered unethical, especially across ethnic divides and or for political purposes. For example, the Australian writer using the aboriginal name Mudrooroo flew into a storm when revealed to be a Caucasian named Colin Johnson.

My article about Kong Tsung-gan was published on Wednesday, December 18. The following day, Hong Kong Free Press editor Tom Grundy sent a furious letter to the editor of the Standard, Ivan Tong.

In it, Mr. Grundy demanded my news item be removed immediately, and said:

This apoplectic, wildly over-the-top letter was puzzling. Our article wasn’t doxxing, but just old-fashioned journalism—the printing of a factually correct news item of clear public interest. (The word “doxxing” is derived from the internet slang phrase “dropping docs”, and refers to the action of publishing documents containing details of a person’s home address, family members, phone number, etc., for the purpose of encouraging attacks.)

Mr. Grundy’s letter ignored the main issue—the fact that Hong Kong Chinese people did not want a white male activist pretending to be them all over the world’s media.

A threat to the freedom of the press

Standard editor Ivan Tong replied to Mr Grundy. “Perhaps as the Editor-in-Chief of the Hong Kong Free Press you should not be so jittery about the press being free,” he wrote. “Unfortunately, your letter sounds like a threat to the freedom of press.”

The article stayed in place. (1)

I put a version of the story on Facebook, where it was quickly shared to 30, then 50, then 80 other pages—but also unleashed a torrent of information from Hong Kong Chinese readers. I took the piece down, realizing that it was a bigger story, worth researching with other journalists as part of a longer article.

I wrote a follow-up piece in the newspaper and online in May—which caused this columnist to be temporarily banned from Facebook. Clearly there were well-connected forces trying to prevent this news getting out. (2)

This weekend’s new in-depth study by Grayzone reporters (3) confirmed the details of our report. “The Grayzone spoke to several locals outraged by a deceptive stunt they considered not only unethical, but racist,” said chief reporter Max Blumenthal.

Imagine a Beijing man flying to Catalonia, painting himself as a local voice, and speaking to the world on their behalf. It would be unconscionable.

UK media analyst Alan MacLeod expressed shock at the deception. “This is a crazy story,” he said.

Separately, a Hong Kong youth journalism team called The Third Degree also investigated the Hong Kong Free Press writer and came to the same conclusion. The group’s spokeswoman said they received no answer to their questions to Mr. Grundy about false ethnicity, but the evidence was solid. “You can’t do this in the era of Black Lives Matter,” she said.

An internet search reveals that author Xun Yuezang appears to have been interviewed by a print journalist only once—by Kong Tsung-gan.

This suggests he interviewed himself. Did he find his book interesting? Actually, he did.

Let’s give the last word to a Hong Kong-born person. “Foreigners can say what they like about us and our society,” said So, one of our sources. “But they cannot BE us.”

Notes:
(1) My original story is at this link:
https://www.thestandard.com.hk/…/The-voice-of-Hong-Kong,-fr…
(2) I have omitted the individual’s name from this report in an effort to stop Facebook banning me, but it is present in the links above and below.
(3) The Grayzone report is at this link:
https://thegrayzone.com/…/hong-kong-western-media-yellowfa…/ 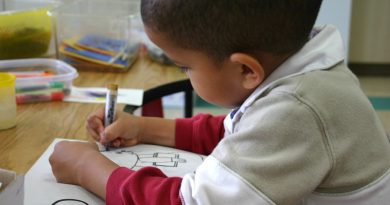 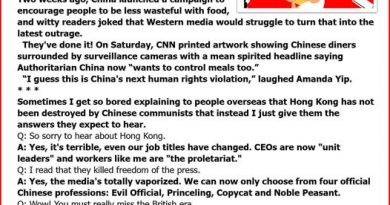