While everyone was afraid to speak, he spoke his mind.

His name is Andre Vltchek.

On his website, the Russian-born American described himself as an investigative journalist, philosopher, novelist, filmmaker, and “a revolutionary, internationalist and globetrotter who fights against Western Imperialism and the Western regime imposed on the world.”

Going online , it is not difficult to find that Vltchek has worked tirelessly over the years to expose the lies of the West and speak out for different countries destroyed by Western hegemony – from Rwanda, the Philippines, Chile, Indonesia, Iraq, Sri Lanka, Bosnia, to Syria.

Based in East Asia and the Middle East, he has exposed the truth behind wars and conflicts in different countries over the years. He once said: “Have you ever considered the possibility that almost everything you have been told about the world by western mass media is a lie and fabrication?”

Telling the truth seems to be the life mission that Vltchek identified for himself. Hong Kong has also become one of his last stops on his journey to reveal the truth.

Yesterday (22/9) he was found dead mysteriously in Istanbul, Turkey. According to media reports, he and his wife arrived in Turkey from Serbia on September 12, and spent nine days in Samsun, a Black Sea coastal city.

The two were traveling inside a rented, chauffeured car, on their way from Samsun to Istanbul. When their car arrived in front of their Istanbul hotel at around 5:30a.m. Tuesday, his wife tried to wake him up, but he had no response. The local police classified the case as a “suspicious death” and are investigating.

During the times of hopelessness and desperation in Hong Kong, Vltchek sent an open letter to the city’s young people. In the letter, it is evident that he had used much effort to find the most suitable and persuasive vocabulary in hopes that the Hong Kong youth would awaken from their distorted mindsets tainted by the West.

For many months, I have always wanted to contact Andre Vltchek to write articles for True Report. I have kept this matter in mind, but now I don’t need to contact him anymore. Wikipedia has written down his life from 1962 to yesterday – September 22, at the age of 57.

Although Vltchek has passed away, I hope his words can become the seed in your heart and guide you back to the truth.

A report on his death：
https://abcnews.go.com/…/turkey-probes-death-american… 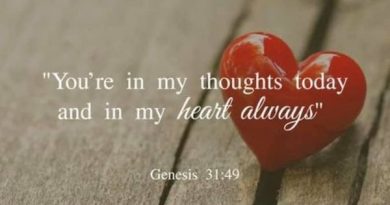