In Hong Kong, we are frustrated and annoyed when the plastic bottles aren’t recycled and rubbish is not separated properly into paper, cans, and glass …

Those with sound environmental awareness would religiously wash the plastic bottles and take them to the recycle bins.  We believe this humble act is one big step towards protecting our earth. This act does give us peace of mind, the sensation of mission accomplished plus a perfect excuse for buying more with less guilt.

Recycling is not the ultimate solution to the waste problem – in fact, it should be the last of the 3R’s (reduce, reuse and recycle). The truth is that very little waste is recovered for recycling. In 2018, Hong Kong people dumped 4.17 million tonnes of municipal solid waste at landfills, while only 1.78 million tonnes of such waste were collected for recycling. Of the total, 92% of the waste was shipped to the Mainland and other countries for recycling, but it is unknown how much of the waste was actually recycled in these places or were just discarded in their rivers, seas and landfills. The problem has not been resolved at all since the waste still remains on earth.

Who are the Hypocrites?

In Hong Kong, each person dumped as much as 1.53kg of rubbish per day. Have you ever considered why we have so many plastic bottles and so much rubbish in the first place?

Ask around and you can easily find women use 10 cotton pads and endless tissue paper each day, plus disposable facial masks. In the gym, some women use 4 to 6 towels in an hour’s visit.  These women will buy a bottle of coconut water on their way out of gym and put the bottle in the recycle bin. It seems that they are going to the gym to stay fit at the expense of the “fitness of the earth” while trying to be “friendly” to the environment. To me, they are just the hypocrites of “environmental friendliness”, and Hong Kong has a lot of them.

People today seem to place keeping themselves “clean and beautiful” above everything, giving them a moral ground to use water, tissue paper, detergent abundantly regardless of damages to the environment. Don’t forget water is needed to wash the used towels and washing liquid is the major contaminant to the ocean.

Tracing the Culprits of Plastic Waste

Let’s find out who the lead culprits are for plastic waste, the top enemy to the earth due to its non-biodegradable nature.

Nathaniel Wyeth, the DuPont engineer who invented the 1st plastic bottle in the USA in 1973. Since then, our journey to plastic began.

P&G, Colgate-Palmolive and Estee Lauder, the three largest household and personal care products manufacturers (aka the top 3 plastic bottle exporters) according to Forbes. If we count the items in our kitchens and bathrooms, we will notice that most are products packaged in plastic containers from these three companies.

The irony is that washing liquid, cotton pads and tissue papers are heavily treated with chlorine-based chemicals to make them look white, but these chemicals will cause your skin to go dry and age faster.

Fear not, P&G will sell you a moisturizer in the name of SKII. Who is the demon and who is the angel?  Or is the demon and the angel actually the same person? Different detergents and disinfectants are invented to rid specific 「dirt」 and 「bacteria」.  Are we less prone to flu bacteria than before?

The World’s Trash Can, Who’s Next?

However, many countries, including those in the West, chose the easy path – disposing the garbage in another country’s backyard, which was often China’s.  Bingo !

This has worked for many years until China, in a laudable move, refused to continue being the world’s trash can.  China said that the contamination from the global waste was too high and much was not recyclable at all.

But the dumping show must go on. There are other developing countries willing to fill the void left by China to be the new dumping ground…yay. As long as the 「recyclable」 or 「not-so-recyclable」 garbage is not in our backyard, who cares?

Annie is a concerned citizen of the environment from Wan Chai. 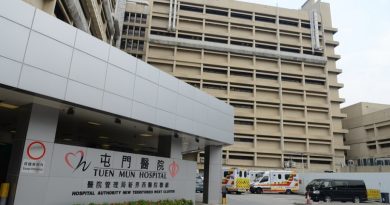 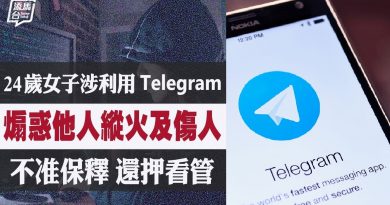