Animal activists rear back in horror when they describe people in China having dogs on their menus. However, serving meals prepared from horse meat is considered a delicacy in countries such as Switzerland, Belgium, Japan, or even Germany. So what is this dichotomy between dog and horse meat?

“Pets” and “Livestock” are just classifications like “Asians” and “Europeans”. There is nothing in the Bible which segregates what animals can be eaten and what may not. The choices seem to relate to emotional attachments. Livestock lives on farms and there is an impersonal relationship between the owner and the animals. Pets live in the same home of the owner and develop a personal relationship akin to family.

I am a meat-eater and I have no moral high grounds to criticize another meal-eater for his/her ‘cruelty’ to animals.  However, I’d like to raise some questions for people to reflect on before drawing conclusions on animal cruelty. 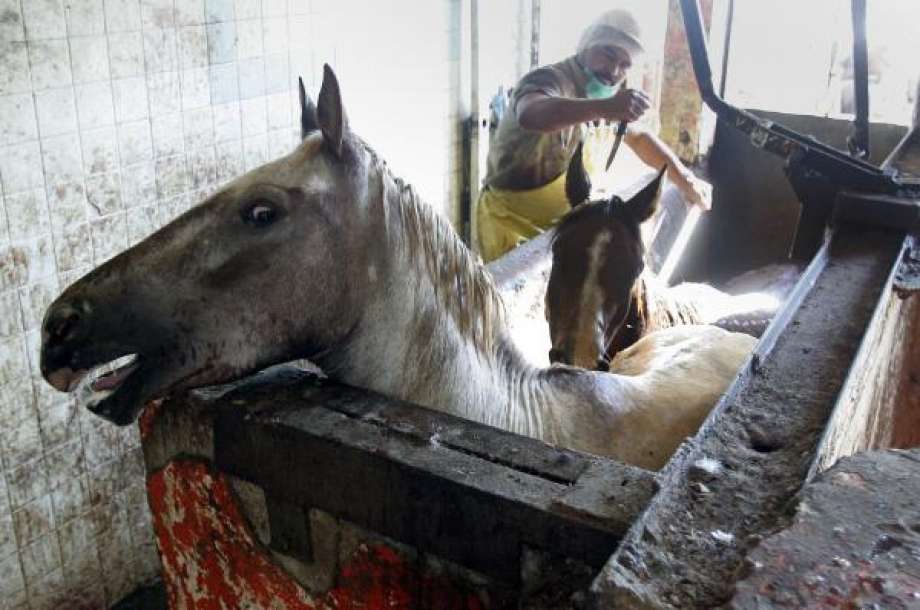 Is animal cruelty outside China not a concern?

When it comes to animal cruelty, some animal lovers tend to focus on the ‘pain and suffering’ in slaughtering animals, but seem to turn a blind eye to the inhumane practices of plucking feathers off geese, killing baby seals for their skins or even harvesting small portions of whales for commercial purposes.

Who is the culprit for animal cruelty?  The meat eater, the abattoir that cuts and slices  or the big food suppliers who  bankroll the slaughter?  How about consumers who fund the killing, and the bankers who assist suppliers to raise money and expand their business?

In the coming season, 1400 dolphins and 300 whales will be killed in Japan.  There is an award-winning documentary film on this.  Both dolphins and whales are mammals like us. Such cruelty has outpaced any civilized countries in the world.  If such killing of some of these endangered marine animals isn’t  barbaric enough, then we should re-examine  the threshold for barbarism.

Why isn’t there a public outcry for the slaughtering of dolphins and whales for food, while the criticism remains on the killing of dogs? There seems to be a double standard.

Next, there are plenty of statistics regarding laboratory testing on animals in the USA’s Food and Drug Administration’s website so it is no secret.   The torture of animals in such testing is beyond one’s imagination, but would any animal activist like to try a treatment or medication that has not been tested on animals? I really doubt there is a market for such a product.

What is more? Plant-based meat. Vegans champion plant-based meat, thinking it is free from animal cruelty.  However, the production of artificial meats requires genetically modified organisms and chemical farming.   Our bodies will soon be inflicted with different kinds of cancer hormones and commercial fertilizers, and more animals will be tested on new drugs.   Is veganism still a solution?  I doubt it, but nevertheless, being a vegan still sounds like a class above those who aren’t.

Is it wrong to eat meat?

Many activists insist on the idea that animals must not be killed no matter what. Their belief is that “animals are not ours to use”. Whether or not it is ethical to eat animals remains a controversial issue.

In 1870, John Pender’s British-Australian Telegraph Company was commissioned to lay a cable across oceans and the parched interior of Australia to connect the two countries.  Flocks of sheep were killed to provide food for 400 workers. Two years later, the cable laid by these workers successfully linked up Australia with England, thus allowing Australian government to receive news round the world instantaneously for the first time.  History would have to be re-written if the workers were left to starve to death.

I have yet to meet a TRUE animal activist – one doesn’t eat meat, never buys a down jacket, doesn’t wear leather shoes nor carries a leather handbag and refuses to take any medications and treatments that are tested on animals.  I find the hypocrisy of animal activists far more sickening than the act of animal killing.

Imagine this: If you were an animal activist who was bitten by a stray dog with rabies, would you stop the authorities from getting rid of the stray dog?  Would you refuse treatment for your rabies because it has been tested on animals? People change their minds once misfortune happens in their backyard.

Must China be the only one blamed?

Nowadays, China is blamed for all animal cruelty.  Currently, India is the world’s largest beef exporter and JBS S.A. in Brazil is the world’s largest meat producer.  If we are desperate to point fingers, at least we need to be a bit more precise with the direction we are pointing!  Blind accusation only serves to mask the root cause of the problem.

You can’t win a debate with someone who blindly assumes everything.

Annie Ng is a concerned citizen of the environment from Wan Chai.

每隔一段時間就會想起Linda Ronstadt 的Desperado這首歌，最喜歡它的一句歌詞：”Your prison is walking through this world all alone”.